The modern boxing glove did not emerge overnight and has a rich and varied history. However, gloves utilized by modern-day martial artists have been designed and developed to adhere to the safety standards of the new age. Back then, the purpose of the covering was to increase the effect of strikes. Modern gloves, whether they are boxing gloves, MMA gloves, or some other type of gloves, serve more as protectors for both your hands and opponent. 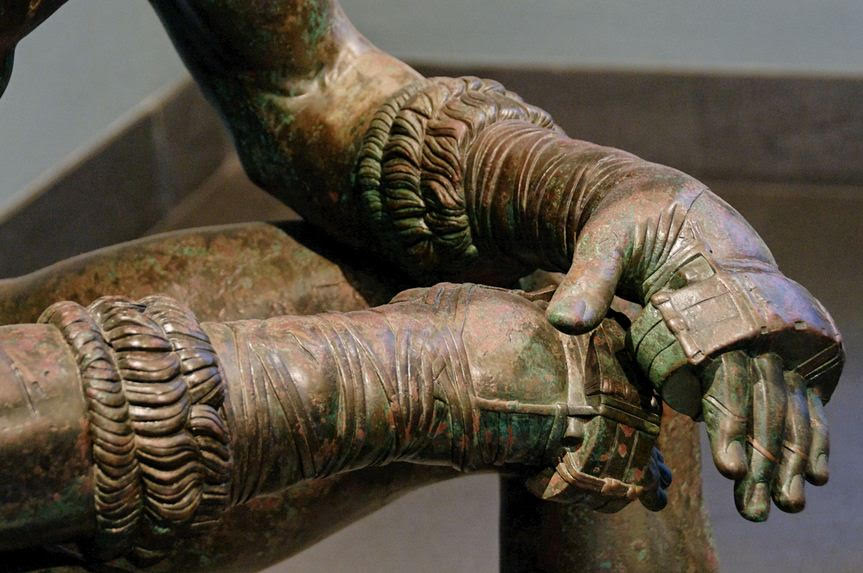 While we may not know when the combat glove originated, we know that its use was widespread enough to be discussed in such times as Homer's Iliad, which originated around 650 BC.

According to Homer, the coverings, or himantes as they were known, were made of strips of oxhide. The fighters would wrap these strips across their knuckles and had loops that went around the fingers. All of this is a far cry from Virgil's description in the Aeneid (circa 30-10 BC). Here the coverings are described more akin to a gauntlet that produced a force so powerful that Entellus was able to defeat a bull with a single blow.

The trend towards brutality, which typifies early Greek civilizations maturity into late Greek civilization, is further evidenced in the Roman combat glove. Known as "cestus," they had a protective covering going right down to the elbow, designed to parry blows. This was a necessary attribute, given that contests were generally over in one blow. Not entirely surprising when you consider the cestus had metal plates, blades, and metal studs. 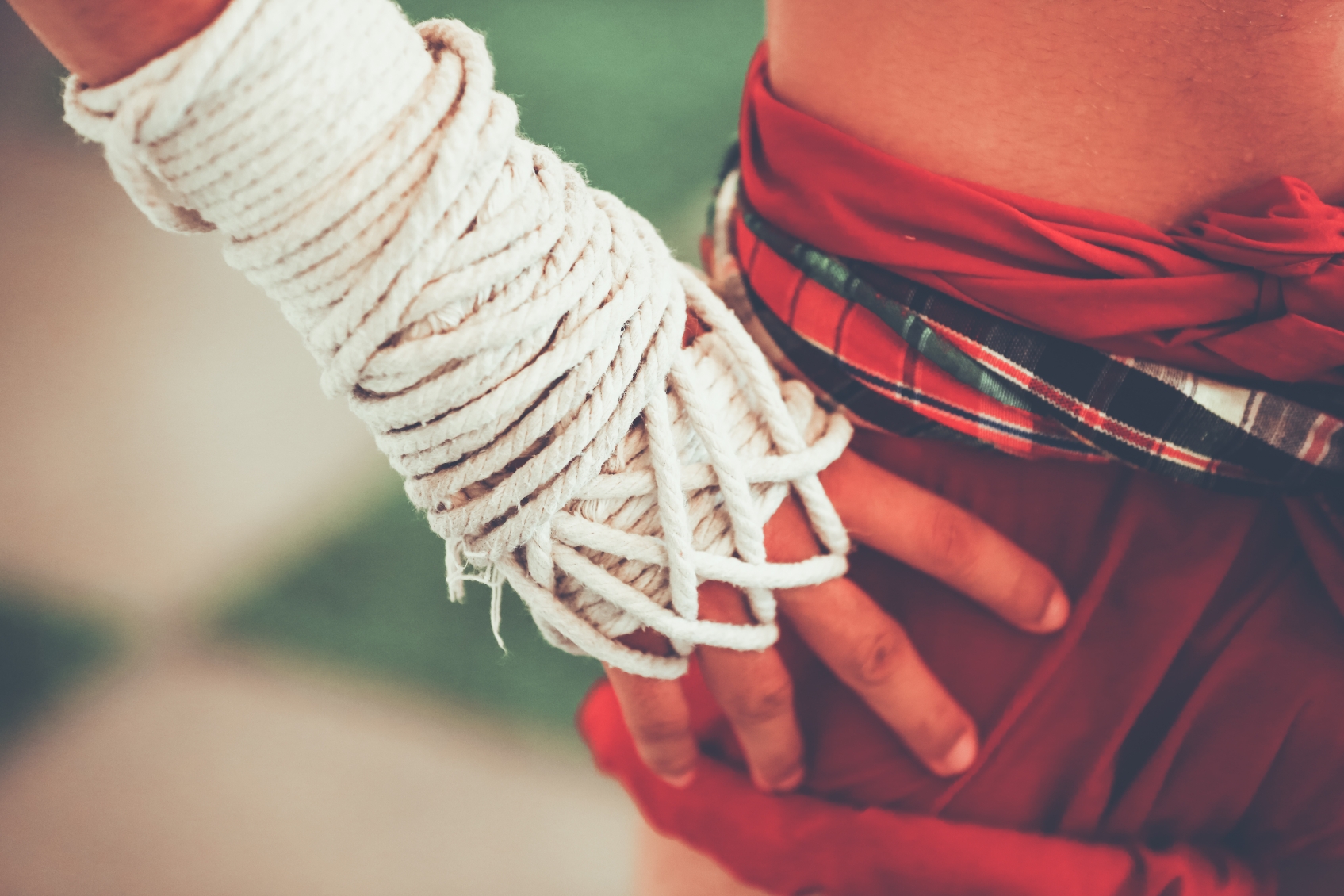 The middle-ages are often known as the dark ages because not much-recorded history exists, meaning little is known about the combat glove of the era. Cursory reviews of fistic sports in this period tend to draw a blank. This is often attributed to a move towards weapon-based events. However, given that Boxing re-emerged fully formed by the mid-eighteenth century, it is highly unlikely the discipline disappeared entirely during this period.

It may have been the dark ages for Europe, but further east, there is documented evidence that the fistic arts were still being pursued. Muay Boran, meaning ‘ancient boxing’ and a precursor to the now highly-popular Muay Thai, is one such example. The reports of the coverings combatants used during this period vary. However, there is a broad consensus that early Muay Thai fighters used bindings of hemp rope, which were tied in knots at intervals. Think hand wraps, but far more straightforward and obvious. There are other accounts of hemp cloth being soaked in glass, but these are most likely untrue. 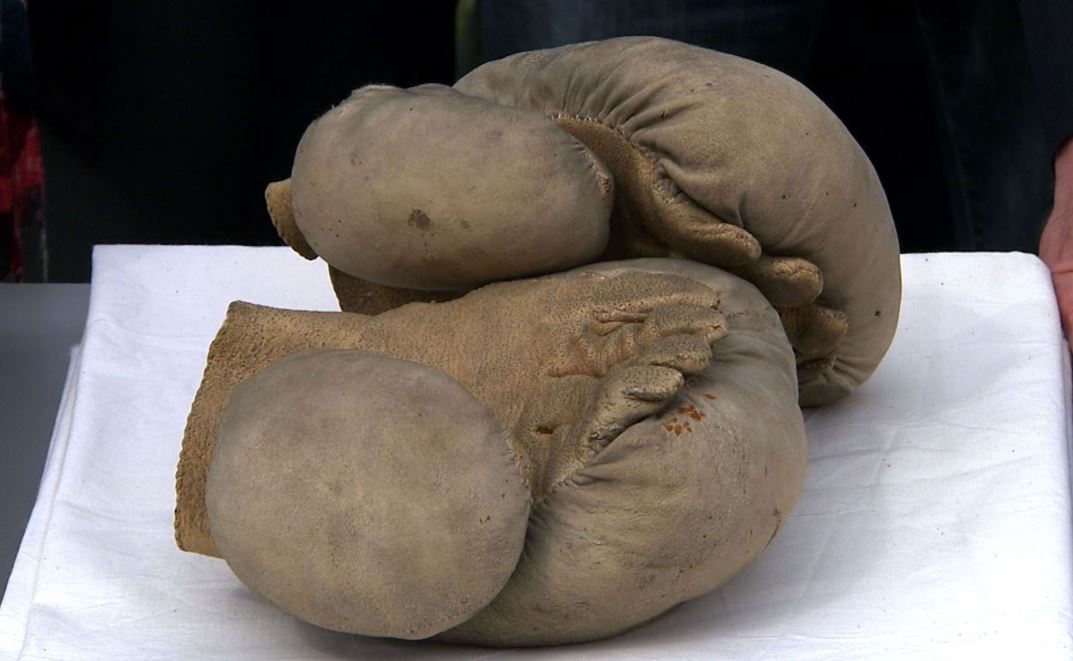 Only with Englishman Jack Broughton's invention of 'mufflers' in 1743 do we have something approaching the modern boxing glove. Instead of the basic straps of leather, we have padding, which would either be composed of lambswool or horsehair. Here we have a significant change because the objective is now to soften the blows rather than make them more useful. However, Broughton only intended for these boxing gloves to be used for sparring, where students could be guided in the rudiments of the noble art. The extent to which they did this is debatable, though, given they were practically skin tight and weighed about 2 oz.

As you learned from our previous article, 1865 saw the introduction of the Marquess of Queensbury rules, which were officially adopted in 1892. The significance of this was that it made it obligatory to wear a regulated hand covering during the bout. The official adoption of these rules occurred in the titanic heavyweight encounter between Jim Corbett and John L. Sullivan. While the rules had been applied before, this fight galvanized the public's attention and was an international phenomenon. It helped establish the wearing of gloves as a mainstay of the modern boxing world. The boxing gloves had also increased in size to around 5 oz. 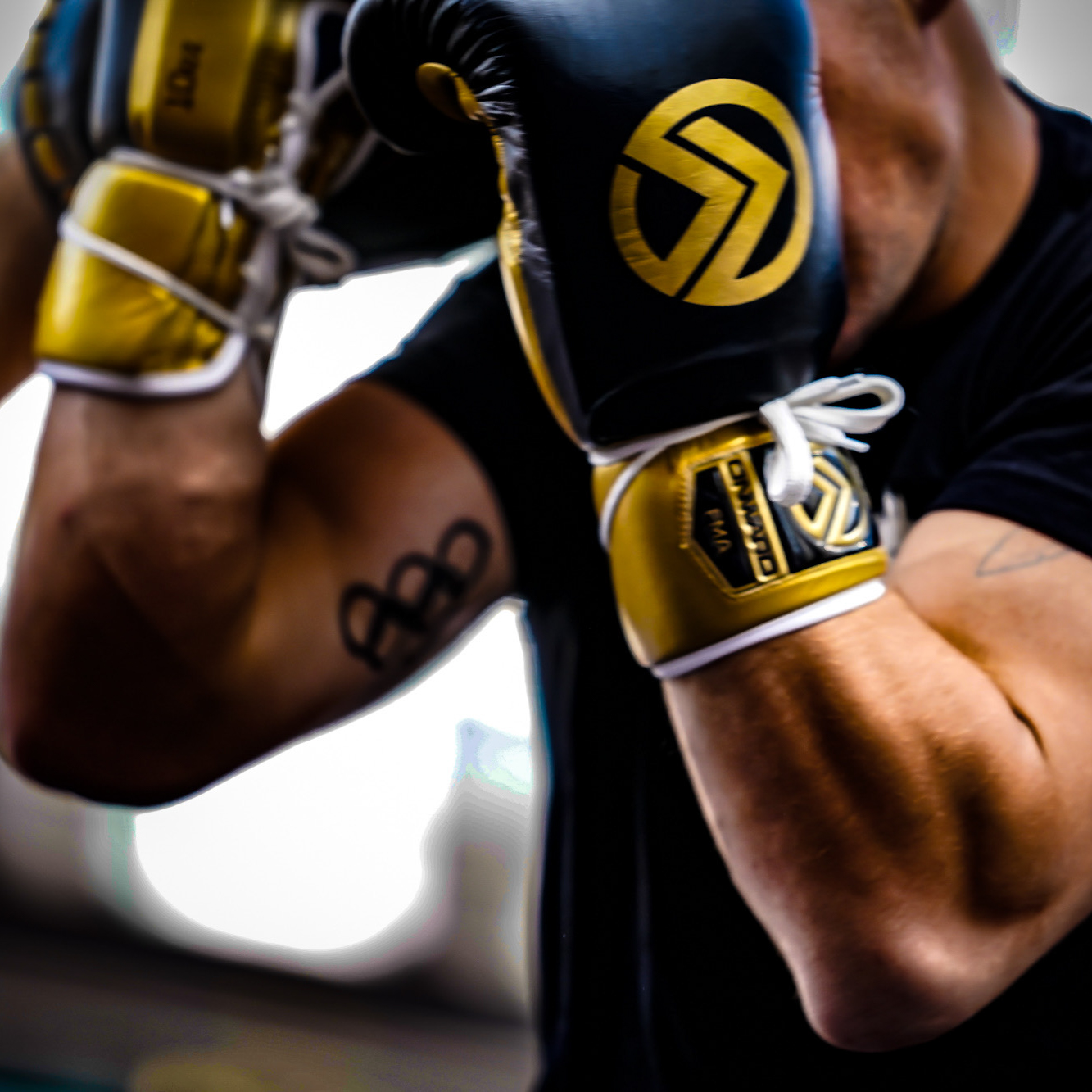 As we know it today, the boxing scene is dominated by gloves of a minimum weight of 8 oz (unless for children) and 16 oz gloves for sparring.

The relatively recent discipline of MMA has seen the widespread use of a different type of glove. These gloves are generally 4-6 oz, with the individual fingers free to permit grappling maneuvers. The MMA glove bears a familiar resemblance to the equipment used in ancient times compared to the new age boxing glove.